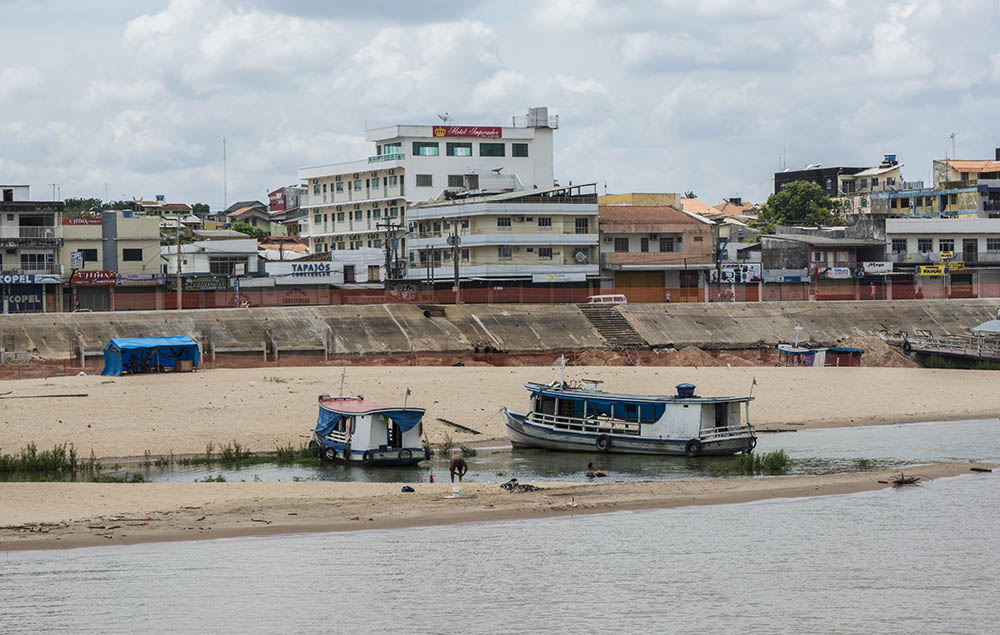 During my travels through the Amazon Basin last year, I spent a few days in and around the small, picturesque city of Santarem on the middle Amazon. Located about midway between between the much larger cities of Belem and Manaus, Santarém lies at the juncture of the Tapajós and Amazon rivers. The Tapajós is a major tributary of the Amazon, and is considered a “clearwater” river—rightly so, as in some spots this river could almost pass for a turquoise blue Caribbean beach. It is also among the most biodiverse tributaries of the Amazon, with more endemic species being discovered each year. It is estimated to be home to at least 500 fish species. 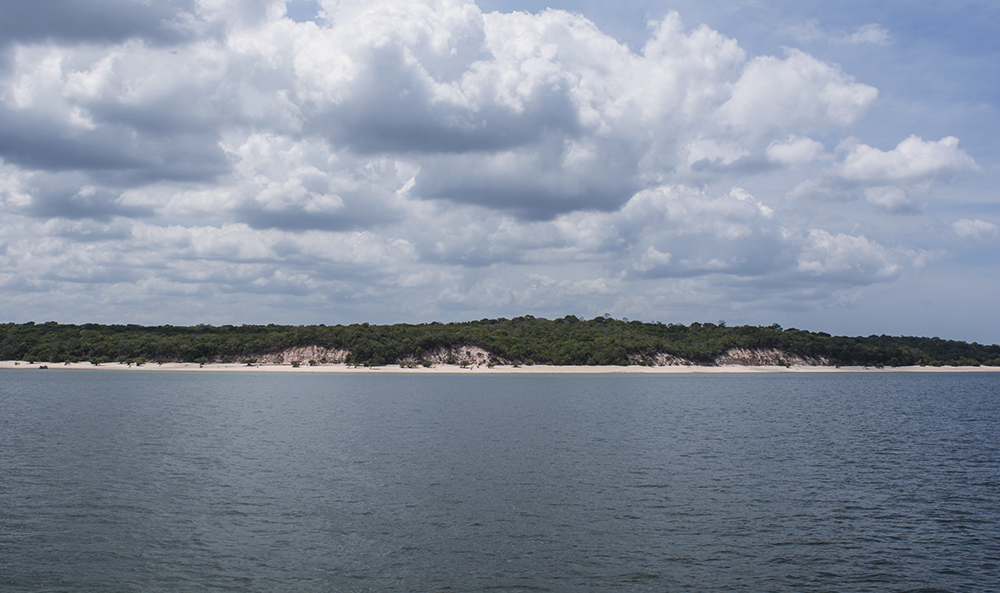 With clear water, white sand beaches, and tropical forests, the lower Tapajós could almost be confused for a Caribbean Island

Because I was used to somewhat murky blackwater rivers like the Rio Negro, or the muddy impenetrable depths of the Amazon itself, the lower Tapajós was a welcome change of pace and offered some of the best snorkeling and fish “watching” I encountered during my entire trip. Around Santarém and the absolutely stunning nearby beach town of Alter do Chao, the fine, bright white sand and crystal clear waters makes it quite easy to observe fish, even from above the surface. It was an almost surreal moment when, relaxing on the popular beach at Alter do Chao, caipirinha (Brazil’s national cocktail) in hand, I realized that the small group of fish cruising through the shallows by my feet were none other than the hobby favorite Geophagus sp. “Red Head Tapajós.” 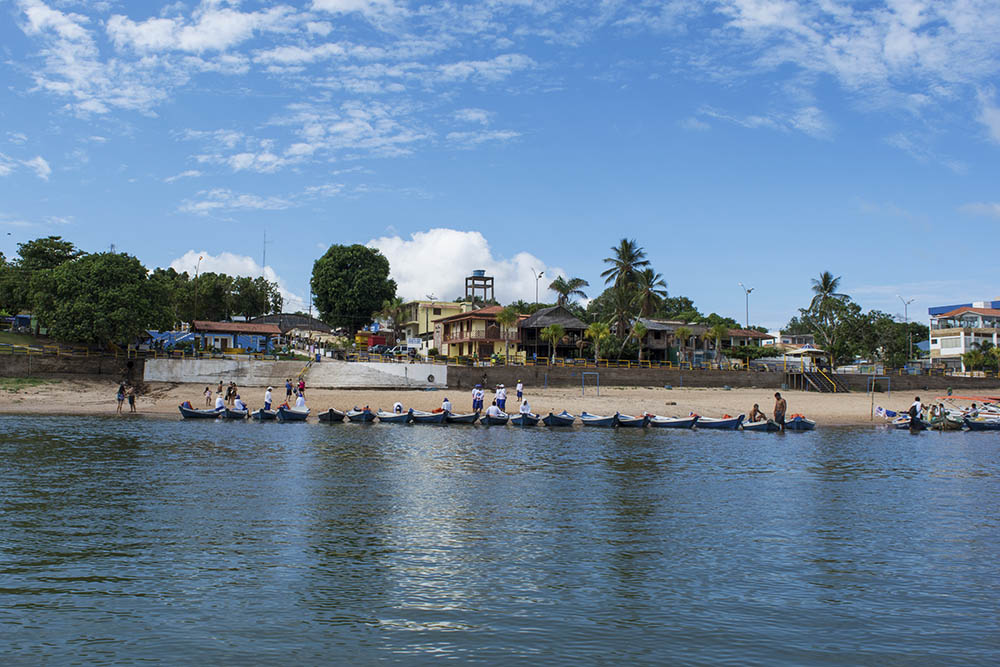 During my short stay in the area, I was able to explore some nearby habitat, traveling to a few of the many lakes and tributaries that characterize the area where the Tapajós meets the Amazon—lakes and tributaries which are home to some of the most prized wild discus variants in the entire Amazon basin. Although I regrettably did not have time to make the trek to some of these collecting spots–like Alenquer or Cuipeua–I did spend an amazing day in Lago Verde, a well-preserved shallow “lake” just North of Alter do Chao. Here, on what was essentially a natural trail made by the shallow igarapé, one can swim/hike through some stunning aquatic habitat with a huge abundance of aquatic species largely unafraid of human explorers. The crystal-clear water and bright tropical sun made for some of the best underwater video footage I was able to capture on my entire trip, in what was truly one of the more paradisaical settings I encountered in all of South America. 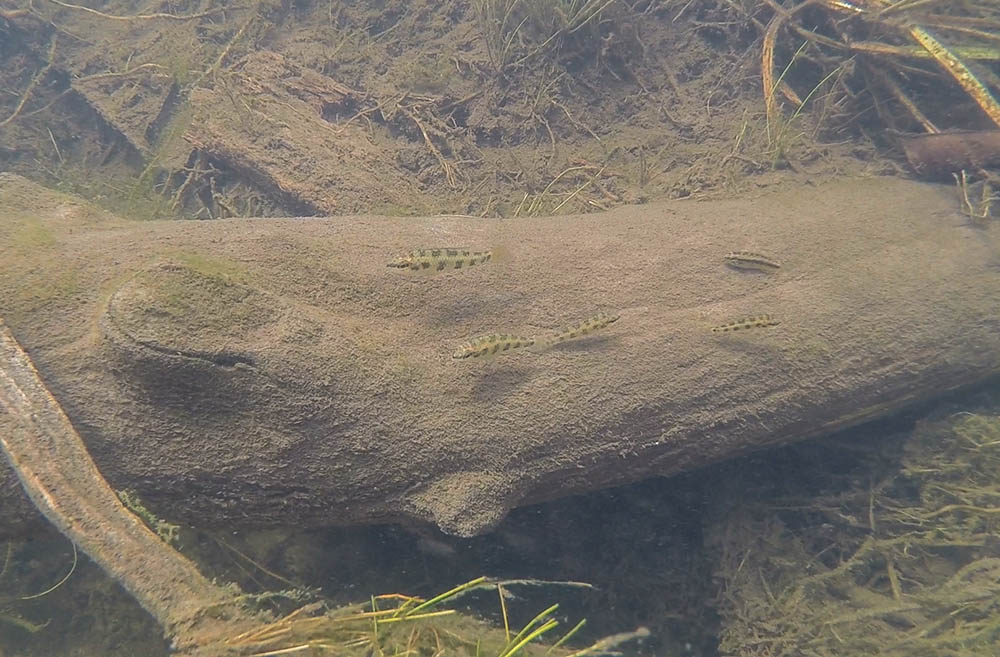 A typical scene in the lower Tapajós: A group of Spadetail Checkerboard Cichlids and an Apistogramma patrol their territory from atop a fallen branch

The video doesn’t feature any one species in particular, nor does it include any real rarities, but I think it does capture, in detail, a typical scene in this biodiverse habitat along the lower Tapajós. Unlike many other areas of the Amazon basin, Lago Verde is quite green, with plenty of aquatic and submerged terrestrial plant species. The 9+ minutes of footage should, I hope, provide a bit of inspiration for both casual hobbyists and seasoned aquascapers alike—and, at the very least, provide a welcome bit of escape to a warm tropical paradise during the colder months of the year.

A list of species follows after the video, and again, let us know in the comments if you spot something we missed. For the best picture quality and clarity, watch in full-screen, at least 720pHD. Enjoy!