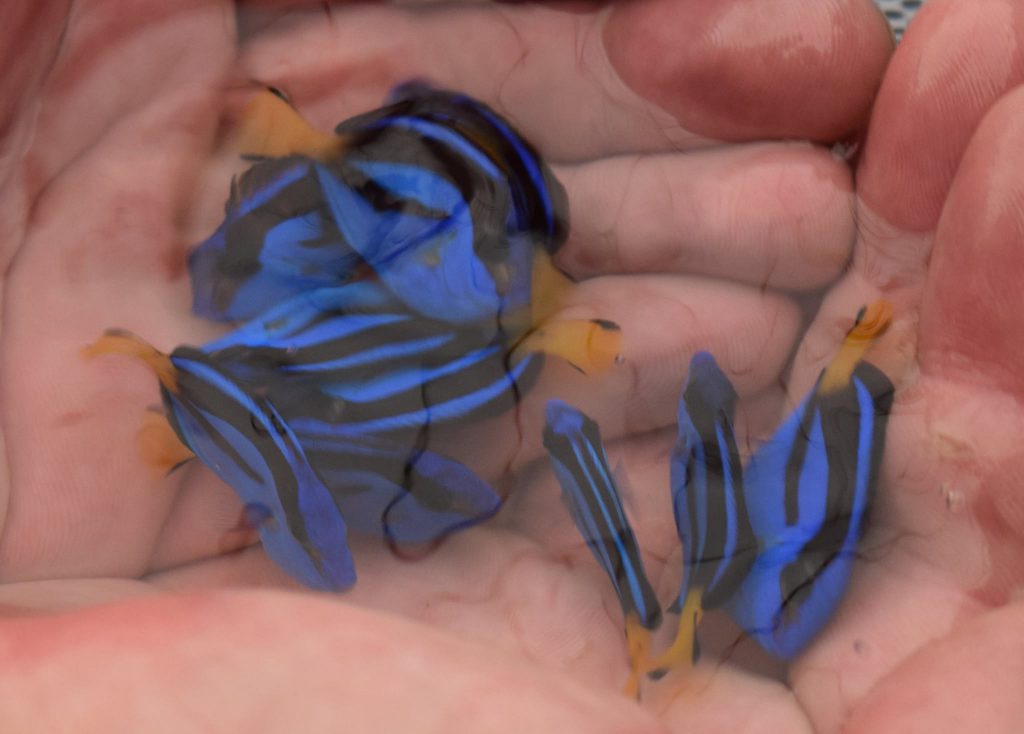 Two of the world’s first captive-bred Pacific Blue Tangs, aka. Blue Hep Tang, Hippo Tang, Pallete Surgeonfish, Paracanthurus hepatus, are set to be auctioned off to the highest bidder on September 9th, 2016.

Exciting update in the Aquaculture world! The Tropical Aquaculture Laboratory from the University of Florida has successfully reared the first ever Paracanthurus hepatus in captivity. Dynasty Marine has the exclusive initial offering for these amazing specimens. Only two fish will be auctioned off to the two highest bidders (each bid is for one fish) and the remainders will be donated to and displayed at various AZA accredited aquariums around the world. If you would like to own the first ever aquacultured Paracanthurus hepatus please email us directly at sales@dynastymarine.net to place your bid. The highest bid will be updated on our Facebook page as bids are received each day. The bidding will end on Sept 9th at 5:00 pm and the winner will be sent the fish, along with a certificate of authenticity from the laboratory. The majority of the funds received will be donated back to the UF Foundation for continued research. Happy bidding!