Newly-published research on a common marine damsel from the Great Barrier Reef reveals that a fish, too, can have an effective emergency defense, and a chemical one at that, albeit subtle and almost impossible for humans to observe. Researchers at Australia’s Centre of Excellence for Coral Reef Studies (Coral CoE) at James Cook University report that some fish release a chemical “distress signal” when caught by predators, dramatically boosting their chances of survival. 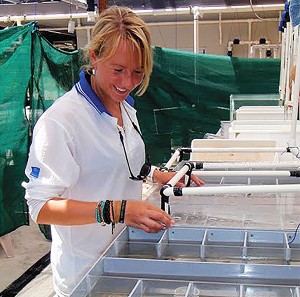 Dr. Oona Lonstedt, lead researcher in the study, now at the University of Uppsala.

Researchers Mark McCormick and Oona Lönnstedt chose a common and prolific prey species, the Lemon Damselfish, Pomacentrus moluccensis, as an ideal target, based on previous studies that had shown very high rates of predation on this seemingly defenseless little fish. Although capable of living ten years or longer, most Lemon Damsels are believed to fall victim to predation within a few years of hatching; in one study, 100% of a one group studied in Australia had disappeared from their reef from after five years.

Research, however, showed that these fish harbor a chemical substance in their skin that is released upon mechanical injury, such as a bite wound. The cue is received by closely-related damsels, and it triggers fearful and escape behavior in nearby fish, but until now scientists hadn’t identified the benefits to the sender.

“For decades scientists have debated the evolutionary origin of chemical alarm cues in fish,” says study lead author, Dr. Oona Lönnstedt, currently a research fellow at the University of Uppsala.

“Kleptoparasitic” Behavior
The researchers have now found an answer, discovering that the chemical cue attracts additional predators to a perceived opportunity for a nearly free meal. Sensing that there is a wounded prey item nearby, so-called kleptoparasitic fishes can swoop in and attempt to steal away the victim before its initial attacker has had a chance to consume it.

For the purposes of this study, the Dusky or Yellow Dottyback, Pseudochromis fuscus, was chosen, having a well-documented taste for young damselfishes in its diet. Using Lemon Damsels—juveniles, but too large to be swallowed whole–the researchers demonstrated that a single predatory Dusky Dottyback would hunt, grab, and proceed to eat the smaller prey items very efficiently.

Diagrammatic representation of the experimental systems used by the researchers. When the primary predatory dottyback knew a competitor was nearby, it became much more aggressive. When a secondary predator was able to launch a surprise attack, it was much more likely to be successful in stealing the catch.

However, when at least one other competitive Dusky Dottyback was located nearby, it was typically attracted to the scene of an attack, where it would attempt to rob the first dottyback of its captive. Remarkably, in almost half of the attacks when more than one Dusky Dottyback was involved, the little damsel was able to escape and to flee into cover, often among sheltering stony corals. 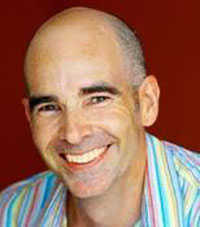 “Chemical alarm cues in fish seem to function in a similar way to the distress calls emitted by many birds and mammals following capture,” says study co-author Professor Mark McCormick from the Coral CoE. “When damselfish release their chemical alarm on a coral reef, lots of additional predators are attracted to the cue release area. More predators would seem to mean more trouble, but we discovered that additional predators interfere with the initial predation event, allowing the prey a greater chance to escape.”

“When caught by a predator, small damselfish have almost no chance of escaping their fate as the predator’s next meal. However, when another fish predator is attracted to the capture site, in the ensuing commotion prey will escape about 40 percent of the time,” says Professor McCormick.

Dr Lönnstedt says this proves that chemical alarm cues benefit the sender by giving it a much greater chance of not ending up as dinner. The exact nature of the chemical cue is not known.  One possibility is that the skin of prey fish releases an anti-microbial substance to protect the new wound.  Predators may identify this an invitation to attack, while fish related to the victim perceive it as a danger sign.

“These findings are the first to demonstrate an evolutionary mechanism by which fish may benefit from the production and release of chemical alarm cues, and highlight the complex and important role chemical cues play in predator-prey interactions on coral reefs,” Dr. Lönnstedt says.

“It all goes to show that coral reef fish have evolved quite a range of clever strategies for survival which are deployed when a threatening situation demands.”

For aquarists and those who handle live aquarium fishes daily, the findings appear to support very quick intervention if a fish is being attacked or is injured, and perhaps new protocols in handling animals and shipping water. Colorless chemicals virtually undetectable by human keepers may have significant consequences for aquatic animals, especially in small bodies of water. 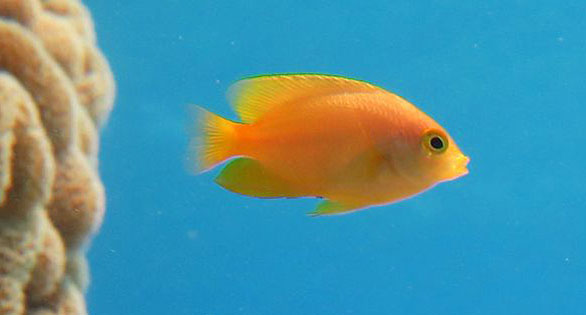 Based on materials released by the ARC Centre of Excellence for Coral Reef Studies (Coral CoE) at James Cook University.

Paper: Damsel in distress: captured damselfish prey emit chemical cues that attract secondary predators and improve escape chances by Oona Lönnstedt and Mark McCormick is published in the journal: Proceedings of the Royal Society B.
http://rspb.royalsocietypublishing.org/content/282/1818/20152038

Abstract
In aquatic environments, many prey animals possess damage-released chemical alarm cues that elicit antipredator behaviours in responsive con- and heterospecifics. Despite considerable study, the selective advantage of alarm cues remains unclear. In an attempt to investigate one of the more promising hypotheses concerning the evolution of alarm cues, we examined whether the cue functions in a fashion analogous to the distress vocalizations emitted by many terrestrial animals. Our results suggest that chemical alarm cues in damselfish (Pomacentridae) may have evolved to benefit the cue sender by attracting secondary predators who disrupt the predation event, allowing the prey a greater chance to escape. The coral reef piscivore, the dusky dottyback (Pseudochromis fuscus), chemically eavesdrops on predation events and uses chemical alarm cues from fish prey (lemon damselfish; Pomacentrus moluccensis) in an attempt to find and steal prey from primary predators. Field studies showed that Ps. fuscus aggregate at sites where prey alarm cue has been experimentally released. Furthermore, secondary predators attempted to steal captured prey of primary predators in laboratory trials and enhanced prey escape chances by 35–40%. These results are the first, to the best of our knowledge, to demonstrate a mechanism by which marine fish may benefit from the production and release of alarm cues, and highlight the complex and important role that semiochemicals play in marine predator–prey interactions.