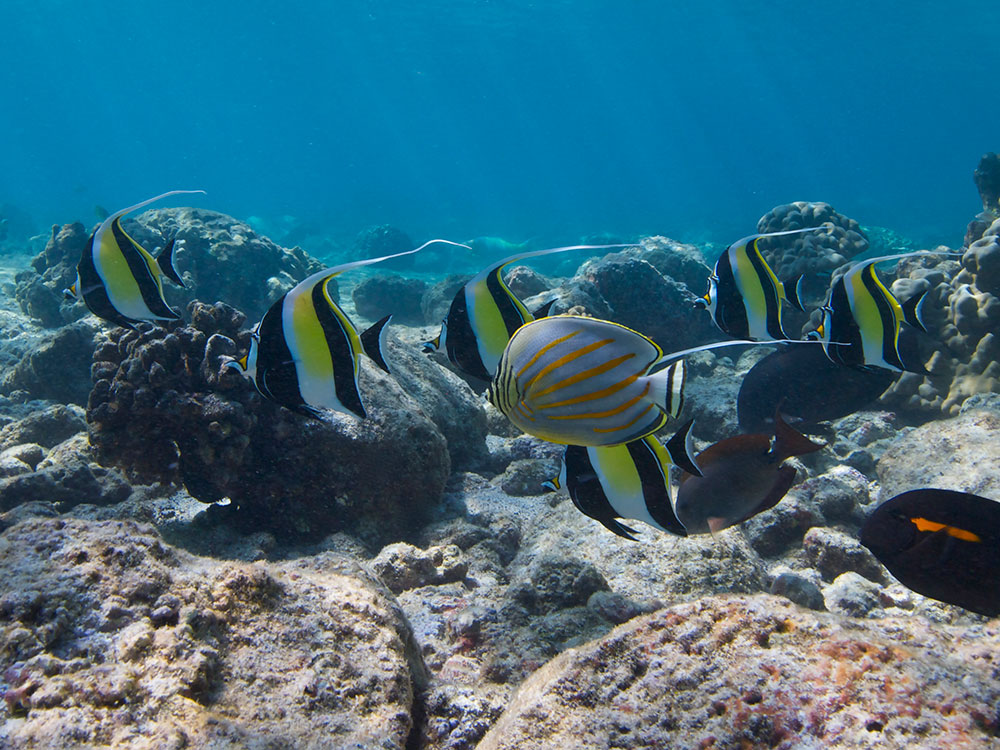 A shoal of Moorish Idols is accompanied by an Ornate Butterflyfish and two surgeonfish species over a Big Island Hawaiian Reef. Image by Ret Talbot

It is the beginning a new legislative year in the Hawaiian Islands and what has become an annual tradition of calling for a ban on aquarium livestock collection appears to be alive and well. At least one new move to end what is known here as the “AQ Fishery” is being proposed and there may be more to come.

“The bill seeks to criminalize the sale of aquatic life for aquarium use and establishes penalties for first and subsequent violations.”

Senate Bill 322 is the first aquarium fish bill to be introduced to the State of Hawaii’s 28th Legislature. The bill is co-sponsored by Senators Russell Ruderman, Rosalyn Baker and Suzanne Chun Oakland. 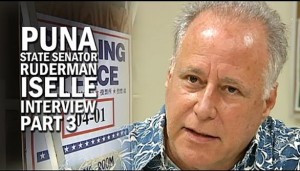 While the State’s aquarium fishery is centered around Big Island (the island of Hawaii), there is also a smaller aquarium fishery off O’ahu where some of the species most coveted by reef fish enthusiasts are collected.

This Bill would essentially close the commercial aquarium fishery statewide by prohibiting the sale of aquarium animals harvested in Hawaii. Certain activities and user groups could be excepted or permitted under the new law if it passes.

As the Bill reads:

It is proposed in the Bill that a first offense would include a fine of not more that $1,000 or thirty days imprisonment (or both). If passed, the new law would take effect 1 January 2016.

Call for a Moratorium in the Works

Legislators have until 29 January to introduce bills, and at least one other aquarium bill is expected. Representative Cindy Evans’s office confirmed she will be “introducing a bill that would enact a moratorium on aquarium fishing.” She cautioned, however, that “as it works its way through the legislative process she cannot guarantee that she will support the bill in its eventual form.”

While anti-aquarium fishery and trade bills are not new to Hawaii, aquarium fishers have expressed concern about this year’s legislative session given the current make-up of the Legislature. Opponents of Hawaii’s aquarium fishery say they are confident they have public opinion on their side, but aquarium fishers contend the public support is based largely on misinformation about the sustainability of the fishery.

State aquatic biologists have consistently stated the data show Hawaii’s aquarium fishery is one of the best-studied and -managed inshore fisheries in Hawaii. While recent fisheries scientific data continue to show the fishery is being fished sustainability, some anti-trade activists dismiss the data, saying they don’t care whether the fishery is sustainably or not.

“Hopefully now the voices of Hawaii will be heard,” said one anti-trade activist, “and our wildlife will be left on our reefs where they belong.”

Please stay tuned to The Good Catch Blog and CORAL Magazine for more updates and analysis.