Native Fish Enthusiasts Rejoice!
Spring is around the corner and once more you can get into the rivers to cavort with, observe, and perhaps even collect a few of our stunning North American local fishes for our aquariums. 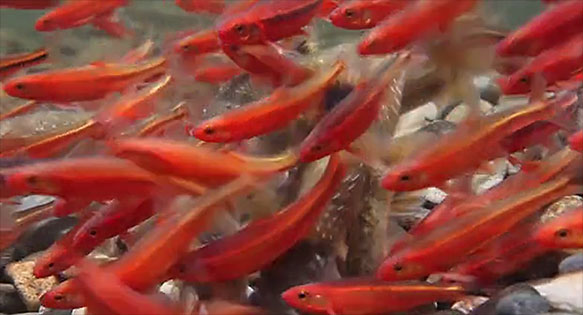 As if the melting snow and lengthening days weren’t enough, we’re delighted to share this preview of “Hidden Rivers”, a documentary put together by the folks at Freshwaters Illustrated. There are some jawdropping fish on display. 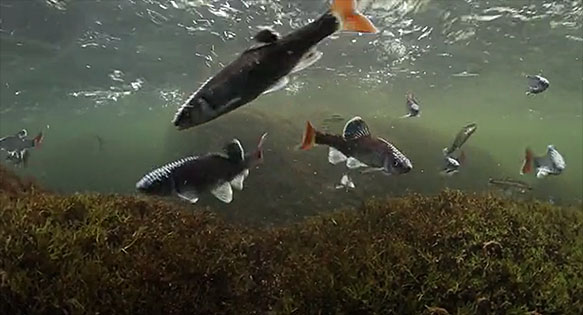 As Anna George of the of Tennessee Aquarium Conservation Institute shares in the video, “Reds, and Blues, and Yellows and all of these colors, I thought, only occurred on coral reefs. And then you dip your head into southeastern rivers and discover that we have these amazing colors here in your backyards.” 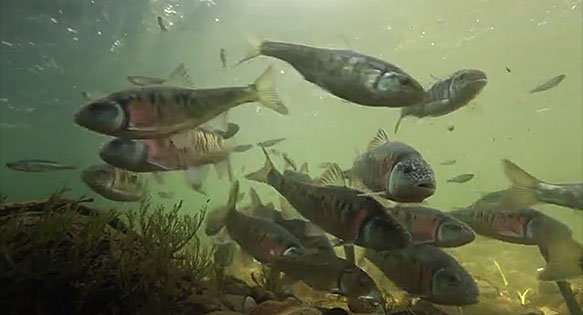 We’re inclined to agree with that assessment after watching this footage.  Check out the trailer for this new film series being launched by Freshwaters Illustrated.

For more information on this mission behind this film series, visit HiddenRivers.org

CAUTION
Before collecting fish anywhere, be sure to check local and state fishing regulations. A quick call to the nearest Fish & Wildlife office, or even a good bait shop, can help avoid blundering into collection and possession regulations that can lead to fines. Local members of NANFA (North American Native Fishes Association) can be a great source of support and wisdom for the aquarist venturing into natives for the first time.