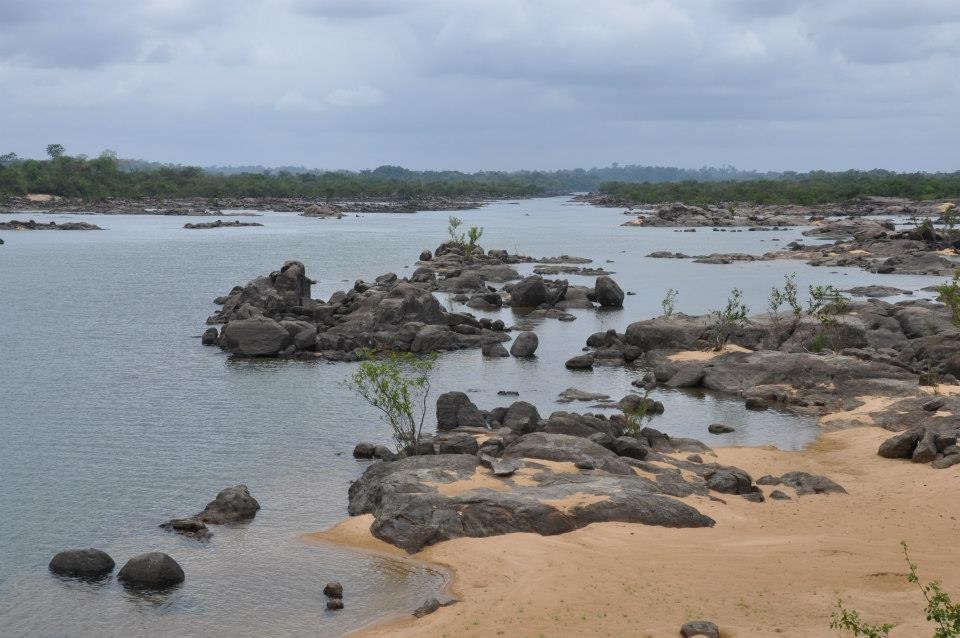 Crowdfunding, the sourcing of voluntary financial backing directly from individual investors, patrons and contributors through the internet, is an ever-growing phenomenon. Reef To Rainforest used the crowd funding website Kickstarter to successfully launch the Banggai Rescue research and book project in 2012 (Banggai Cardinalfish book coming soon!), and we’ve noticed many other aquarium-related efforts show up since then. PlanetXingu, lead by Julian Dignall (the man behind PlanetCatfish.com), has definitely caught our attention.

PlanetXingu seeks to raise $11,000 through the PlanetXingu Fundrazr campaign. The ultimate goal is to fund research in biodiversity of the Lower Rio Xingu in its natural state, before the opportunity is lost due to the ongoing Belo Monte Dam project.

The funds raised will go to Mark Sabaj Pérez, PhD, who will be responsible for distributing funds to additional team members. Dr. Pérez is the Collection Manager of Fishes at The Academy of Natural Sciences in Philadelphia, Pennsylvania. Pérez is also a contributor to AMAZONAS magazine, a recent contribution being his March 2013 update on the Belo Monte Dam.

For the next three years, Pérez and a team of American and Brazilian researchers will be “engaged in an aquatic inventory of the Lower Xingu in the stretch of the river that will be impacted by the Belo Monte Dam, one of the largest dam complexes ever constructed.”  In Pérez’s initial project update, he wrote that the research project is mainly “funded by the US National Science Foundation and involves a team of researchers primarily at The Academy of Natural Sciences of Drexel University [Pérez’s institution], Texas A&M University, Instituto Nacional de Pesquisas da Amazônia in Manaus, and Universidade Federal do Pará in Altamira.”

Dignall explained what the team will do with the funds raised. “The principal item is a laboratory grade water flow measuring device to record the rate of flow of the river at different points or depths. This will cost around $7,000. The remainder of the cash is to pay for additional travel, subsistence and communication costs to support the research team in informal interaction with the online aquarist communities via PlanetCatfish.com. Or, in short, to pay for riverside outreach activities. Many photos and information gather will be informally shared with the community well ahead of formal publication.”

Among the goals of this fundraising effort? “The first [goal] is to support ichthyological research into a threatened habitat that contains fishes of significant interest to aquarists by providing financial support in return for informal access to the day-to-day activities of the research team. Hopefully this can bring the ichthyologists and aquarists closer together by giving both parties a better understanding of what makes the other tick. New species are as exciting to ichthyologists as they are to aquarists, but often for different reasons.” 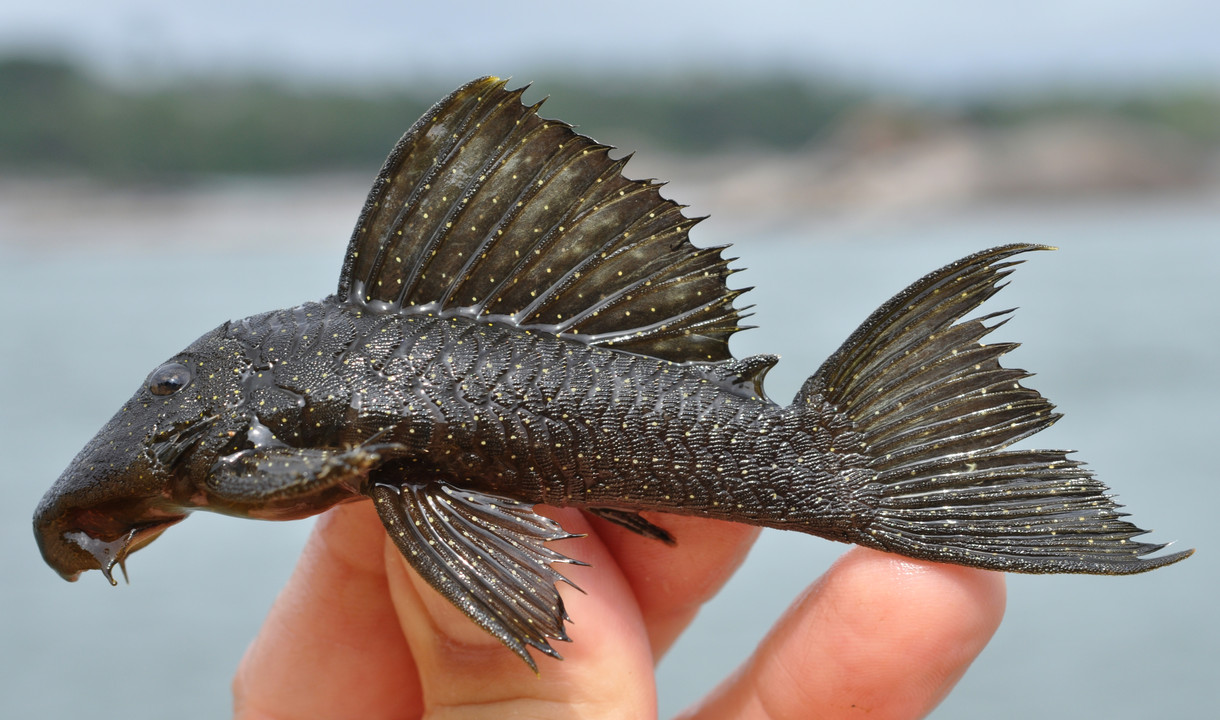 The Lower Rio Xingu is a well-known home to an incredible diversity of often new-to-science fish species. Shown here, an Oligancistrus sp.

When framing this project against Belo Monte, Dignall puts it rather succinctly. “With likely habitat loss imminent, we may soon be in a last chance data capture and mitigation phase – the data captured during the project will help inform those intent on mitigating the ‘disaster’.”

The project comes at a time where increasing external scrutiny on the aquarium trade, particularly the collection of marine fish from coral reefs, is causing many long time aquarists to do some soul searching. Some wind up suggesting that it may be the personal responsibility of every aquarist to hold their hobby(and the industry that supports it) to a higher standard. That said, there is an ongoing tie between the sciences and private aquarists, with just as much discovery happening in the hands of amateur scientists toiling quietly in their homes. Projects like PlanetXingu aim to build on and improve this relationship (Dignall explains this interconnected relationship between “basement scientist” and the professional world in much greater detail with PlanetXingu’s first update).

While royalty funded scientific expeditions in centuries past, these days you don’t need to be one of the elite few private aquarists privy to interact with scientists and support academic pursuits. Projects like PlanetXingu enable any aquarist interested in “doing more” to easily do so – you become the patron, voting with your wallet to advance science that’s of interest to you. In the case of PlanetXingu, your support funds a worldwide front row seat into Rio Xingu biodiversity research.

As Dignall relayed, “I hope the global fishkeeping community can better furnish researchers with equipment that facilitates research and recording of data more relevant to the interests of the community. In short, fishkeepers get a closer view into research as-it-happens and an ability to interact and share information that may seem trivial to those in the field, but is really very useful for the aquarist.” 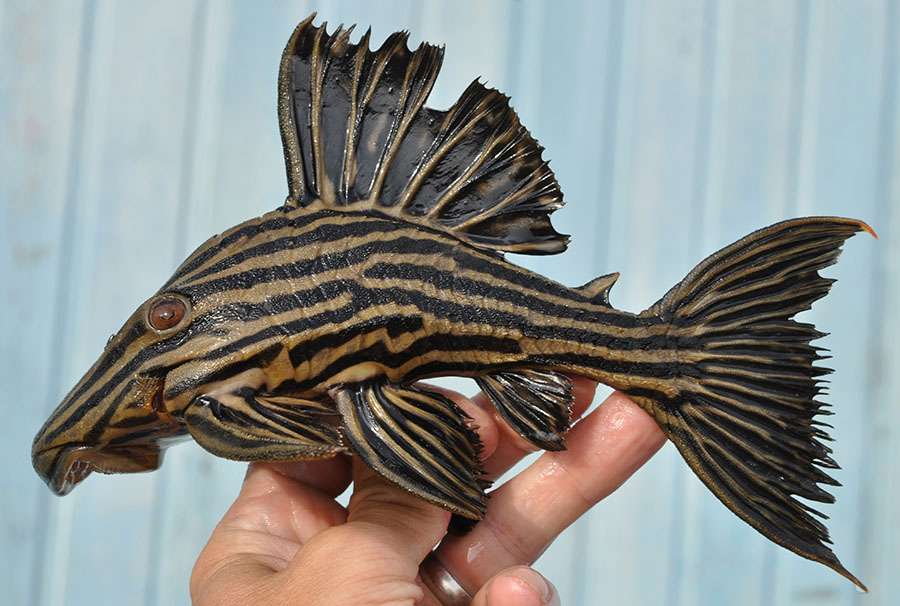 Panaque sp. cf. armbrusteri “Rio Xingu” is one of the many Rio Xingu inhabitants raising a lot of attention among aquarists.

It’s fair to say that Dignall’s PlanetCatfish audience gets it; 24 hours in $1,620, almost 15% of the goal, had already been contributed towards this project. At last check, funds had already cross the $2100 mark 48 hours in, with a full 29 weeks left in the fund raising timeframe!

Reef To Rainforest and Amazonas Magazine are PlanetCatfish sponsors.

The PlanetXingu Project, Part 1 • An Introduction to the project

The PlanetXingu Project, Part 2 • Who is Mark Henry Sabaj Pérez