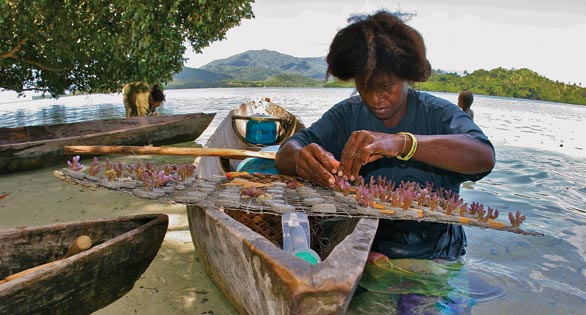 Woman coral farmer on Guadalcanal in Solomon Islands mounts coral fragments for growing out in the village lagoon in Marau Sound.

Text from Andy Rhyne with mages by Ret Talbot

The international trade in corals used to be primarily a curio trade of dried skeletons, but now focuses on live corals for the marine reef aquarium trade. A team of Roger Williams University (RWU), Boston University (BU), Conservation International(CI), and the New England Aquarium (NEAq) researchers has been studying this relatively new development and have published their findings about this unique trade and its long-term implications. The article, “Long-term trends of coral imports into the United States indicate future opportunities for ecosystem and societal benefits,” appears in the December issue of the journal Conservation Letters.

Assessing 21 years of live coral import data for the United States, the researchers found that the coral trade increased over 8% per year between 1990 until the mid-­‐2000s, and has since decreased by 9% annually. This decrease is mostly due to the current economic climate. The timing of the peak and decline varies among species, and is a result of the rising popularity of mini-­‐reef ecosystem aquariums, the global financial crisis, and an increase in domestic aquaculture production. 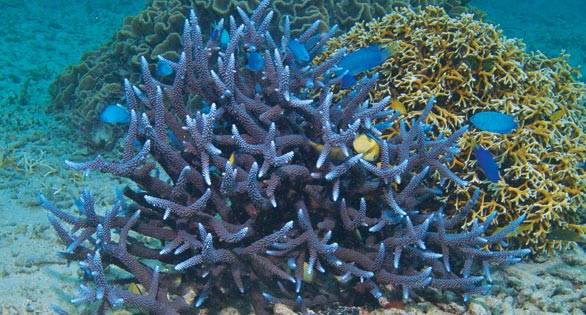 The live coral trade for home aquariums has traditionally been viewed in absolute terms as a threat to these undersea areas of high biodiversity. However, realities are often grey. In the case of coral reefs, supplying the home aquarium trade with locally cultivated corals can provide real economic benefits to small island communities, and thus, an incentive to protect the reefs from which the mother colonies are obtained.

In their article, the researchers highlight this dichotomy and demonstrate that recent changes in the trade of live corals for the reef aquarium hobby are resulting in new opportunities for conservation. “The trade has moved from a wild harvest to mariculture production, a change sparked by long-­‐term efforts to produce a sustainable income to small island countries such as the Solomon Islands and also by the government of Indonesia,” says Rhyne. This shift from a wild fishery to a mariculture product poses new opportunities
and challenges for conservationists.

Coinciding with the publication of this study, the National Ocean and Atmospheric Administration (NOAA) has just proposed to protect 66 stony corals under the Endangered Species Act (ESA). An unintended consequence of this ESA listing would be to eliminate the benefits of the trade revealed by the study, which include elevated value for intact coral reefs, and an income source that is sorely needed in these island nations where hundreds of millions of people rely on reef resources for subsistence. 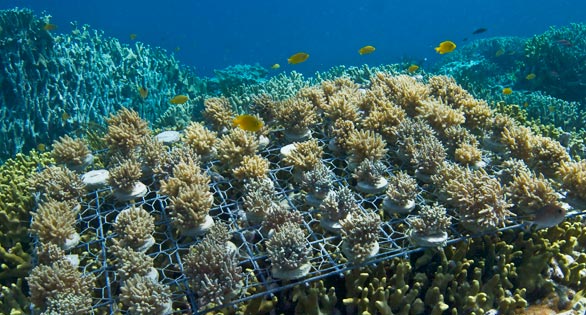 Daughter colonies growing on metal racks in protected waters offshore of the village.

According to the researchers, the trade is still rapidly evolving, creating challenges, such as the addition of new species that outpace effective management strategies. “New species in the live coral trade initially command high prices, but as they become common the price drops with feedback effects to the trade,” said Les Kaufman, co-­‐author and Boston University professor of biology and research fellow at Conservation International.

Coral reefs are under numerous human induced threats. These include the global threats of warming oceans that are becoming more acidic, and local threats such as improper land use resulting in increased nutrient loading, and overfishing, which can trigger an ecological cascade resulting in blooms of seaweed that inhibit coral growth. 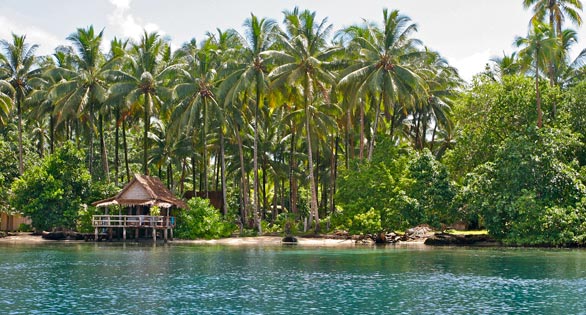 While western countries are the source of the major threats to these corals reefs (because of globally-­‐distributed carbon emissions), island nations have more than income at stake. Trade can be a powerful conservation incentive, but this emerging local conservation
tool is at risk of being lost due to the well-­‐intended but rigid rules of the ESA, here invoked to protect corals and coral reefs globally from the billions of tons of carbon released into the atmosphere by developed nations. A more selective regulatory approach that gives credit to local efforts to manage reef resources wisely may be warranted.